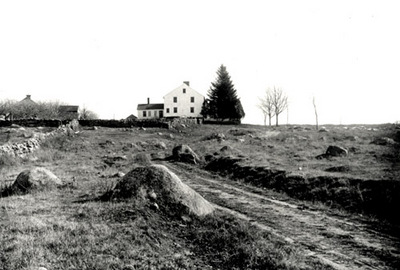 The farmhouse, probably built around 1796, is the oldest structure on the campus of the University of Rhode Island. The house was named after its last owner, Oliver Watson, who occupied the house between 1844 and 1888. At least nine different families lived in the house before 1844. In 1888 the Watson Farm was purchased as the site for the State Agricultural School and the Agricultural Experiment Station.