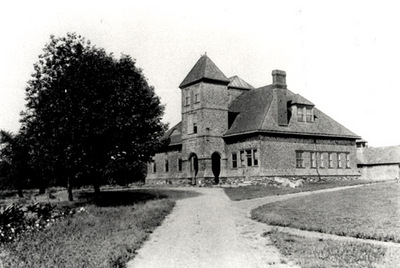 Built in 1891 near the present day greenhouses and the Resource Development Laboratory, Ladd Laboratory was originally called the Veterinary Building. The building featured a lecture room twenty-five feet square, described as "well ventilated, and lighted by a skylight eight by ten feet." Renamed Ladd Laboratory in 1892 in honor of Governor Herbert Ladd, the laboratory was transferred to the Engineering Department, and then served as an extension of Edwards library(1934). In later years the building served as the offices of the superintendent of farms, then as workshops and storage for the Buildings and Grounds Department. Photographs and maps dating from the early 1960's no longer featured the Ladd building.