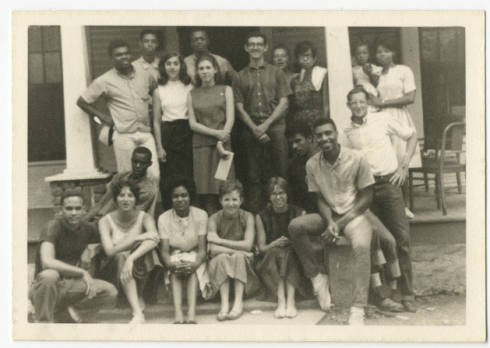 
Fifty years ago, a delegation of predominantly white students from primarily Northern colleges were invited by Bob Moses of the Student Nonviolent Coordinating Committee (SNCC) and others to come to Mississippi and other Southern states to collaborate with the predominantly African-American civil rights organizations in exposing racial segregation to the national consciousness. Over the course of ten months during the summers of 1964 and 1965, the students were assigned by the National Association for the Advancement of Colored People (NAACP), the Congress of Racial Equality (CORE), the Southern Christian Leadership Conference (SCLC), and SNCC to engage in voter registration, conduct “freedom schools”, and to develop a political party for civil rights advocacy. It was this collaboration that drew attention to the value that white lives were given over black ones, demonstrated the transformative impact of social symmetry between blacks and whites, and provided necessary momentum for the passage of the landmark Voting Rights Act of 1965. Some regard Freedom Summer as the apex of the Civil Rights movement in the United States.

Recording and archiving these interviews is an ongoing collaborative project between the University of Rhode Island's Multicultural Center, ITS Instructional Technology and Media Services, and University Libraries.