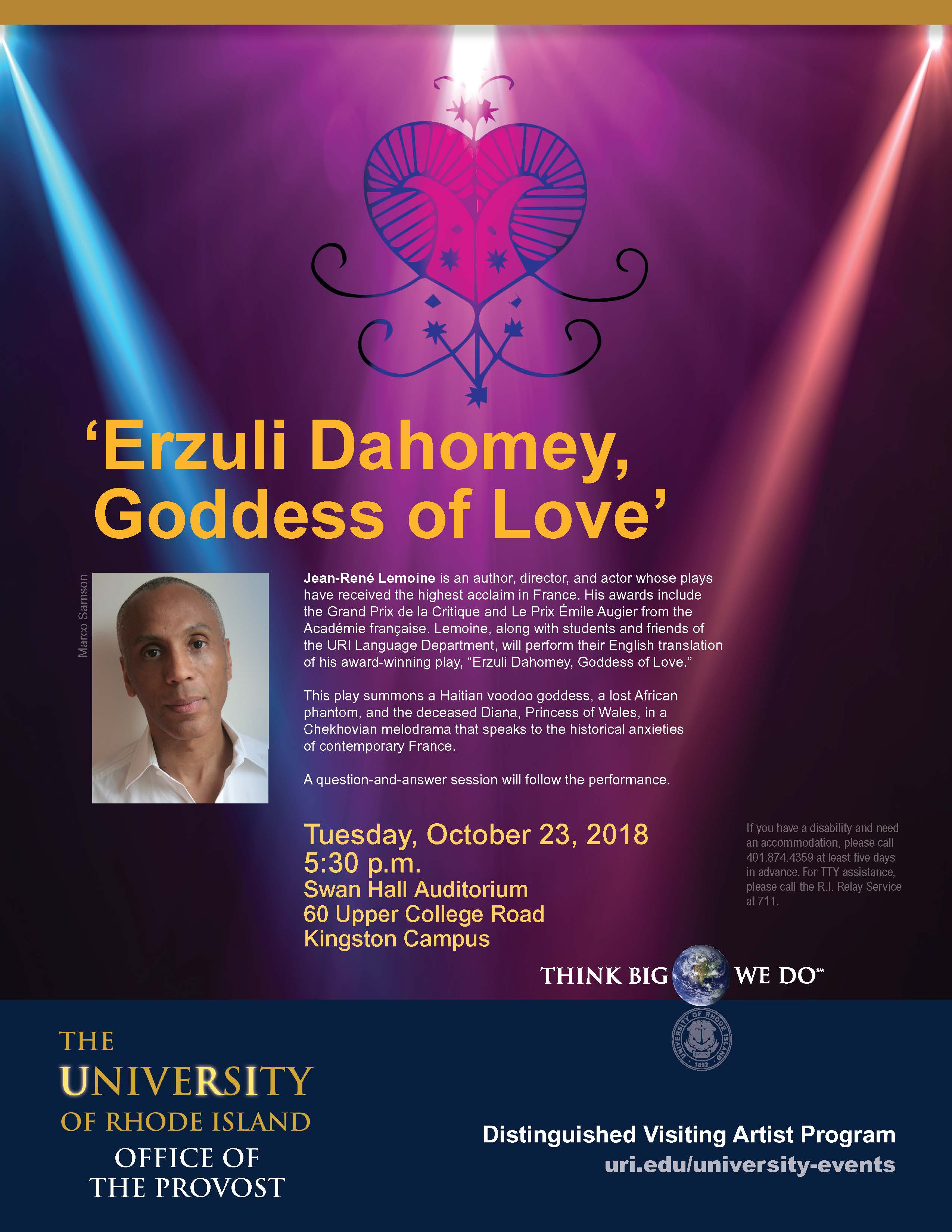 Poster for play, 'Erzuli Dahomey, Goddess of Love,' by Jean-René Lemoine. Performed at the University of Rhode Island on October 23, 2018.

Poster states: "Jean-René Lemoine is an author, director, and actor whose plays have received the highest acclaim in France. His awards include the Grand Prix de la Critique and Le Prix Émile Augier from the Académie française. Lemoine, along with students and friends of the URI Language Department, will perform their English translation of his award-winning play, “Erzuli Dahomey, Goddess of Love.” This play summons a Haitian voodoo goddess, a lost African phantom, and the deceased Diana, Princess of Wales, in a Chekhovian melodrama that speaks to the historical anxieties of contemporary France."