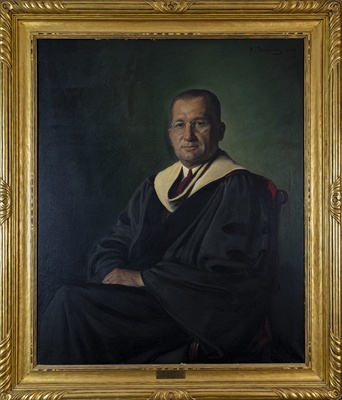 Portrait of Carl R. Woodward, President of the University of Rhode Island from 1941 to 1958. The portrait hung in Green Hall on the URI Kingston campus until December 2021, and now resides in the University Libraries' Distinctive Collections.